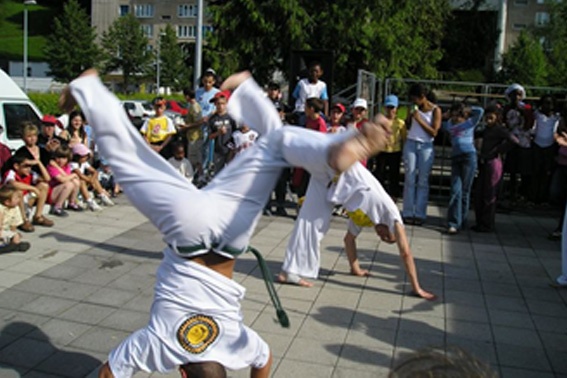 Samba originates in Brazil where it’s today a symbol of the annual carnival in Rio de Janeiro. It has its roots in folk dances of African-American immigrants living in Rio de Janeiro at the time. There are two basic types of samba and many divisions. Traditional samba, or folk dance samba, is the samba danced at the carnival.
Brazilian Capoeira Dancing is a traditional form of Dance, martial arts, acrobatics and African Dance. A visually and appealing array of dance. Capoeira is a blend of martial art, game, and dance originated in Brazil, from the regions known of Bahia, Pernambuco, Rio de Janeiro, Sao Paulo.