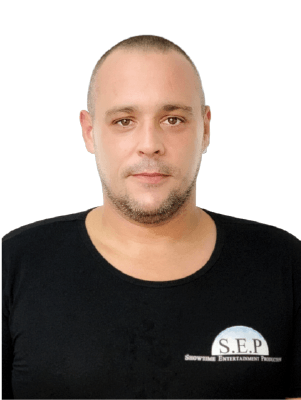 After 6 years studying mechanics, Ludovic began his valued career as a mechanic and pilot diagnoser with Disneyland Paris on the show “Moteur Action” for 15 years.

Ludovic joined S.E.P in 2011 as a performer, riding motorcycles for “IDEX” in Abu Dhabi. In 2015 he performed for S.E.P again as a car driver in Dubai’s Global Village. He is currently S.E.P’s Mechanical Manager, and back-up driver for cars AND motorcycles on the vehicle stunt show “Thunder Chase” in Hainan China.

Ludo affirms that: “Being part of SEP team is a real privilege, for the company’s values, and team spirit”