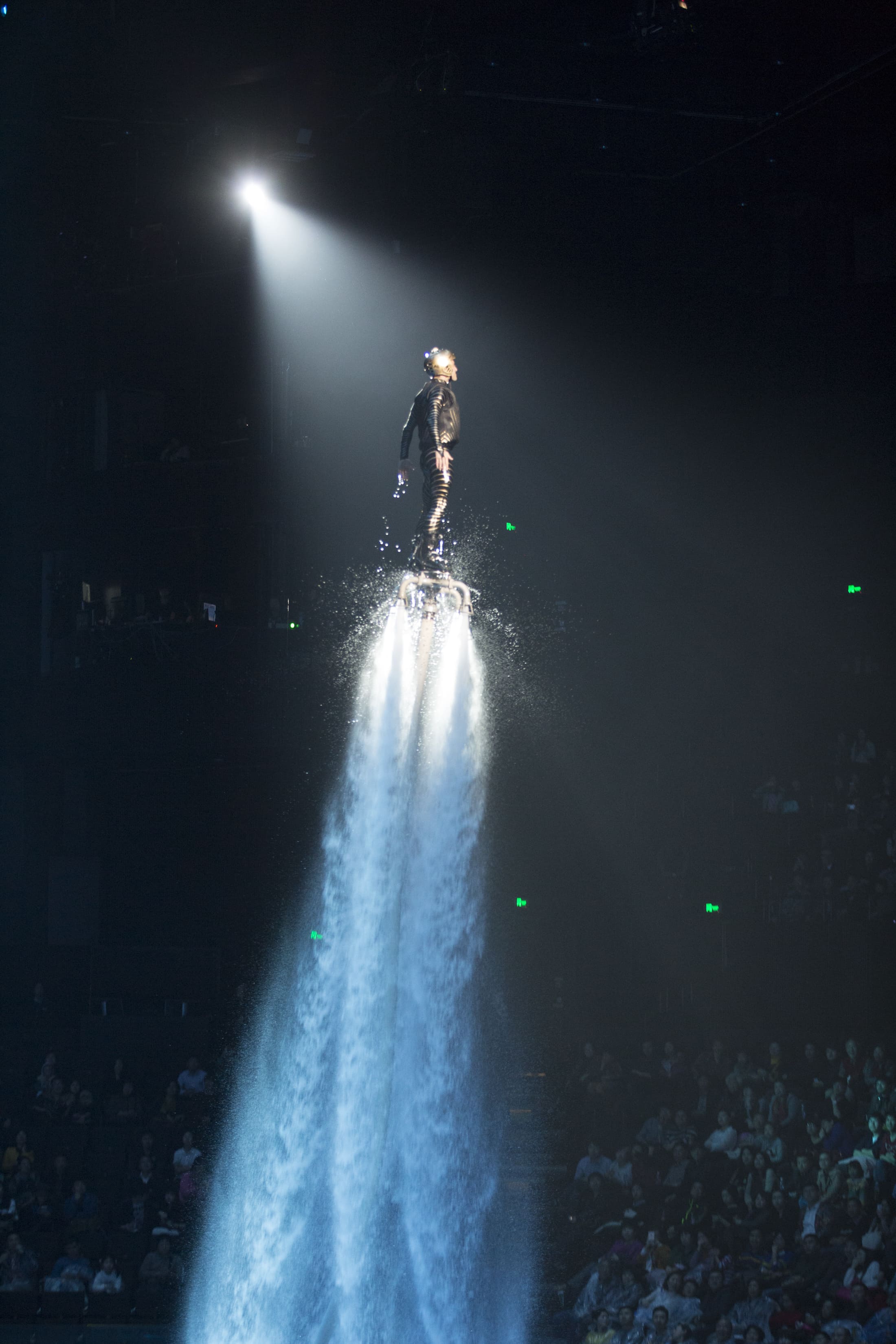 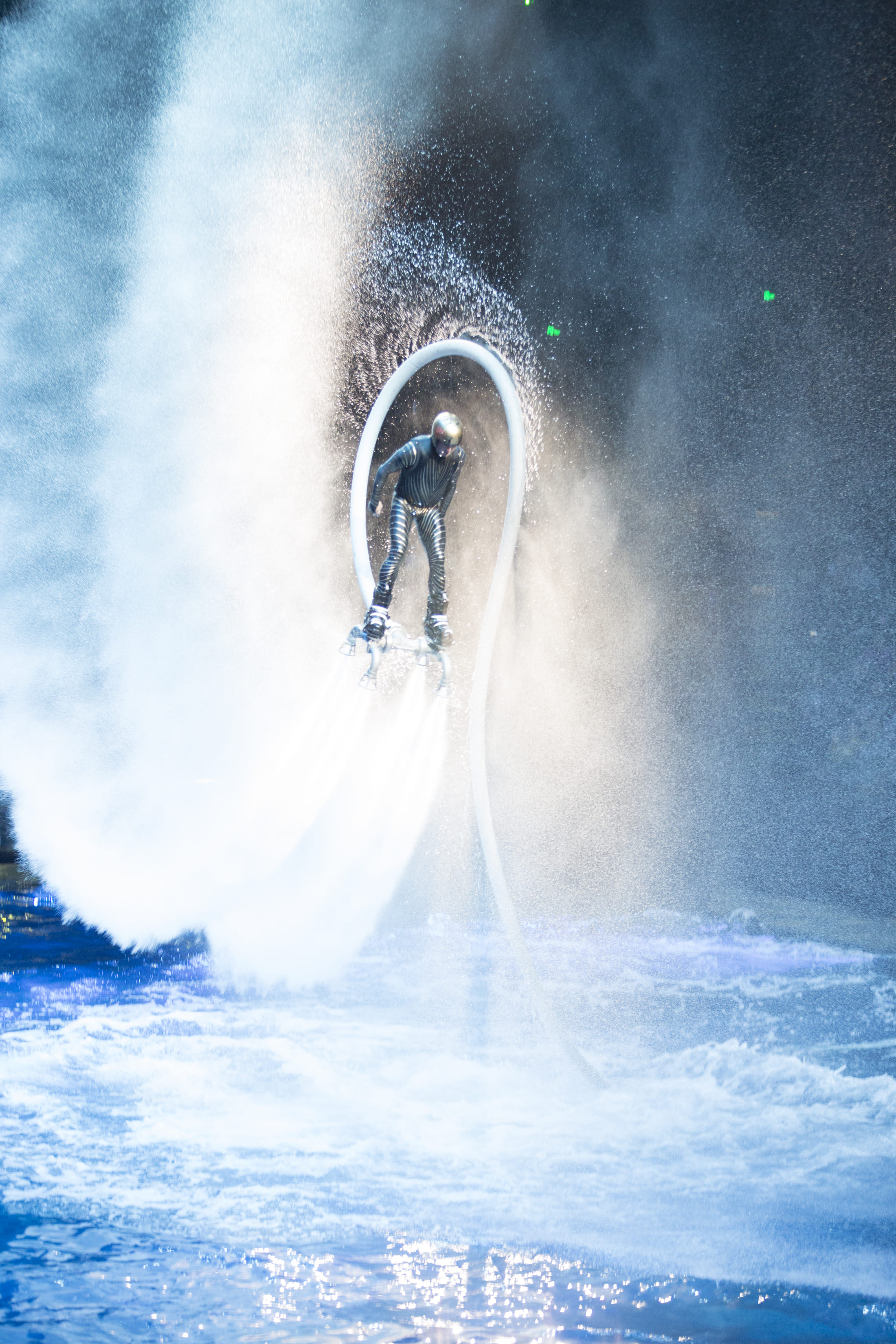 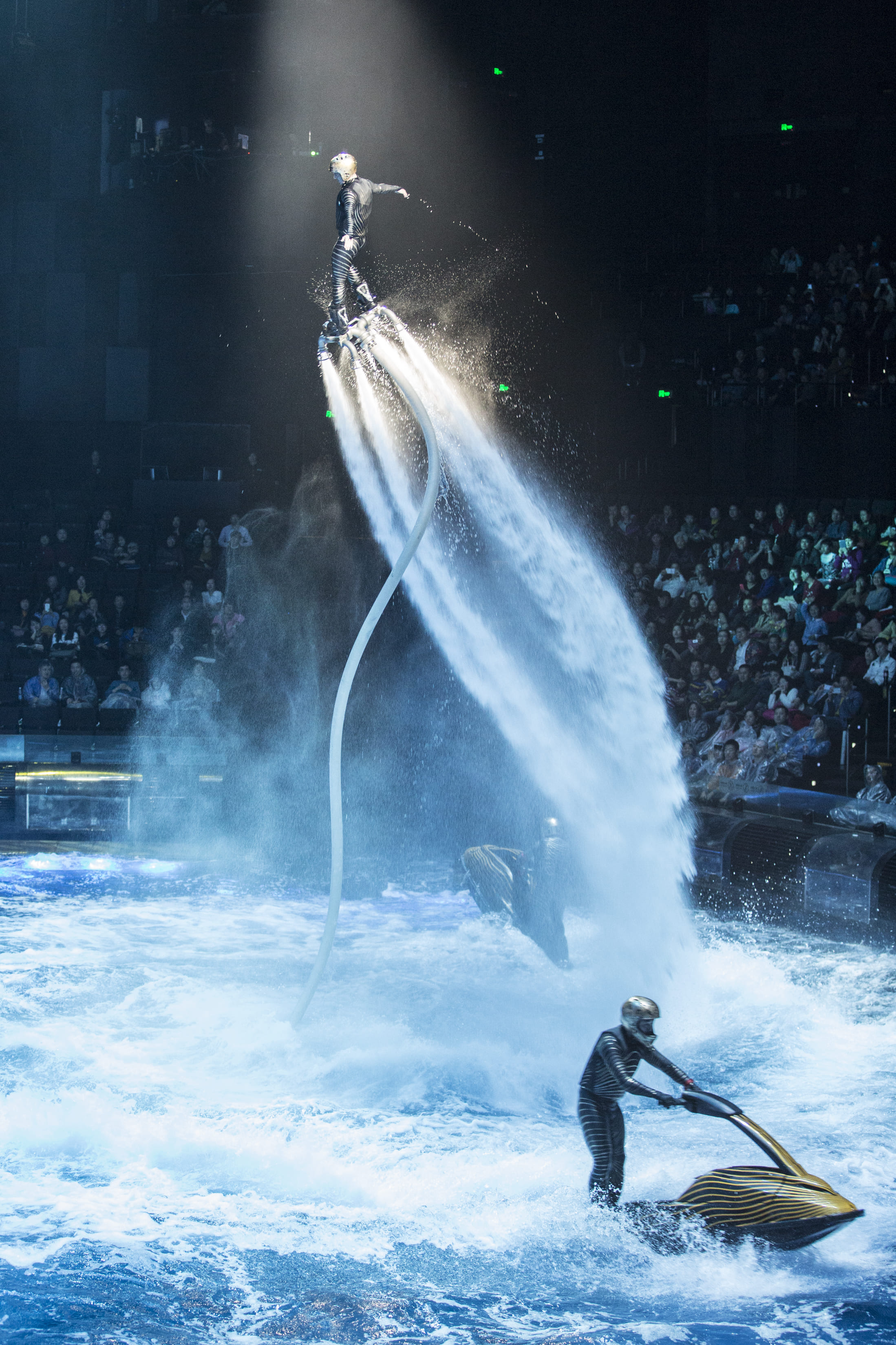 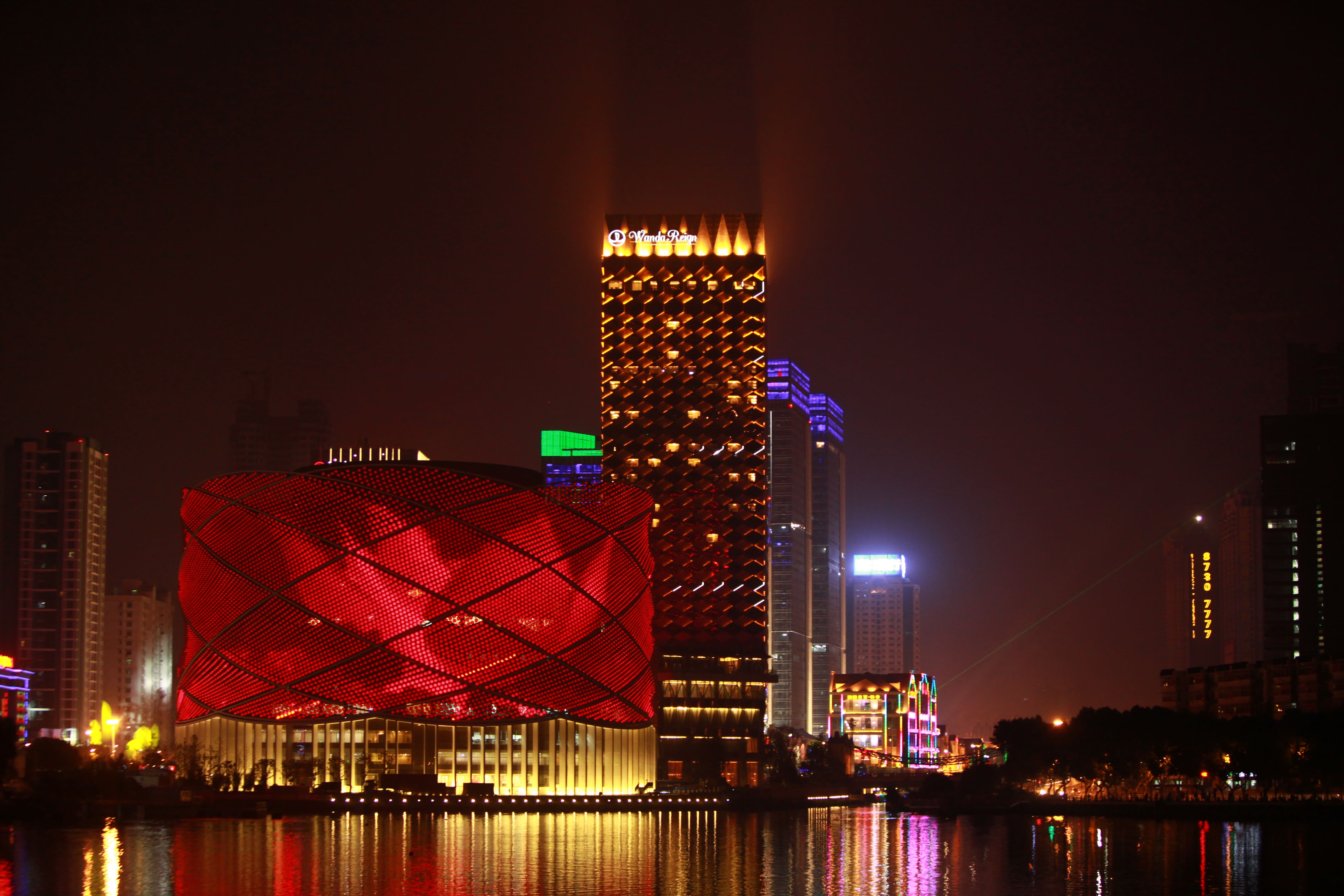 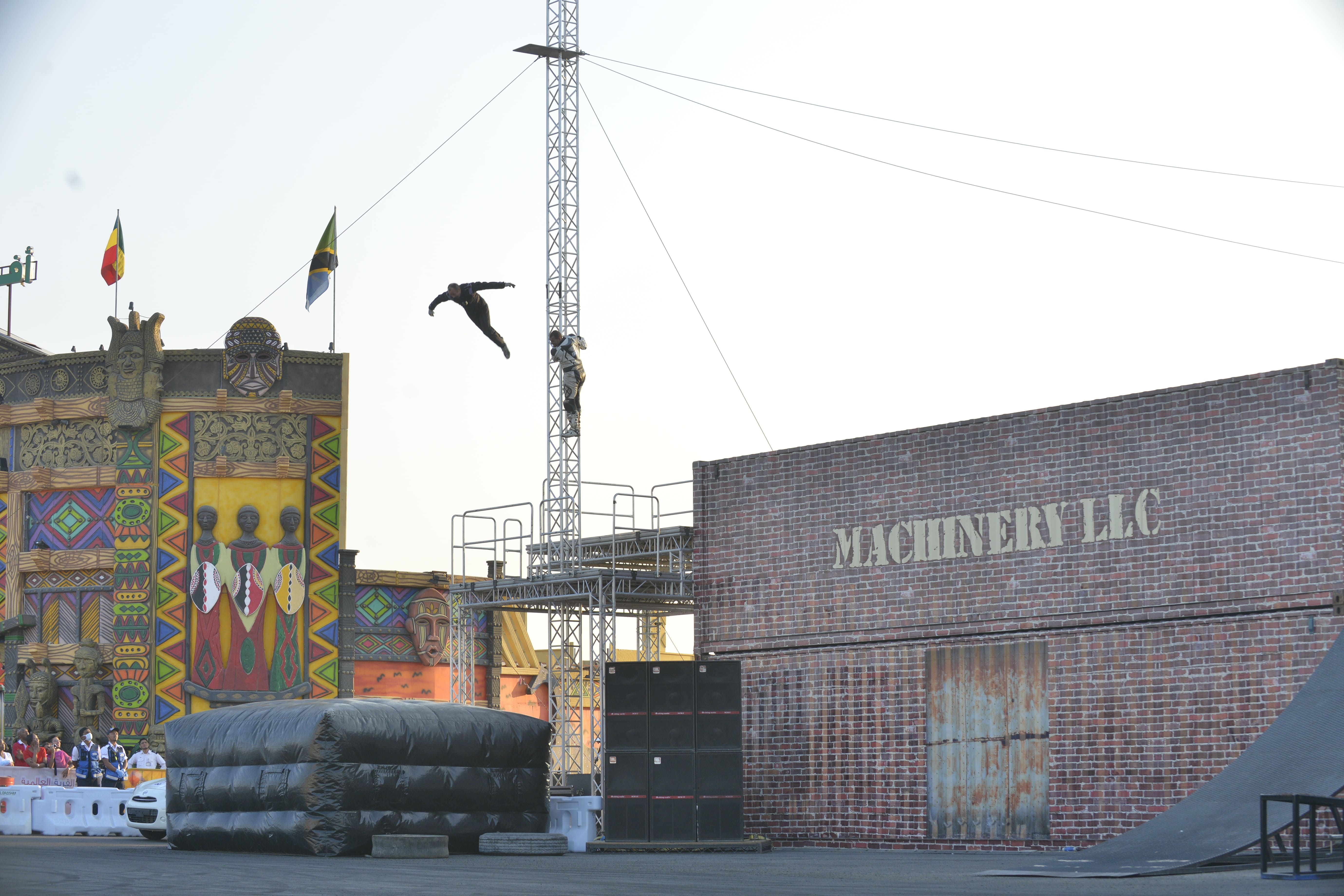 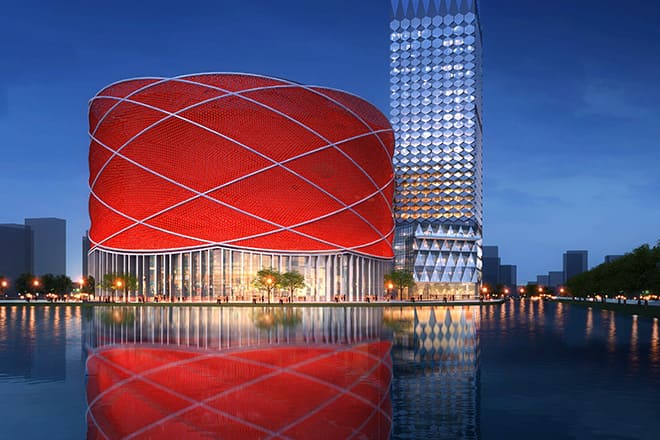 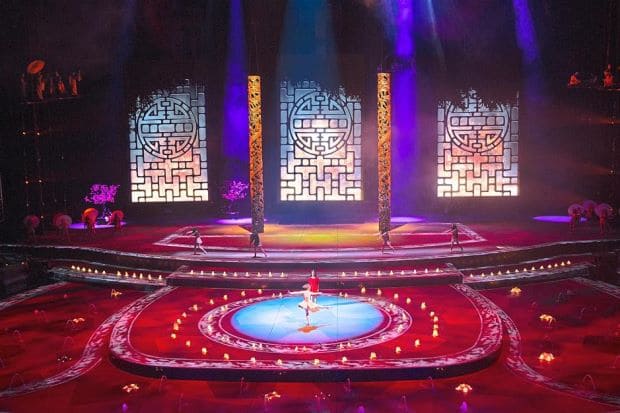 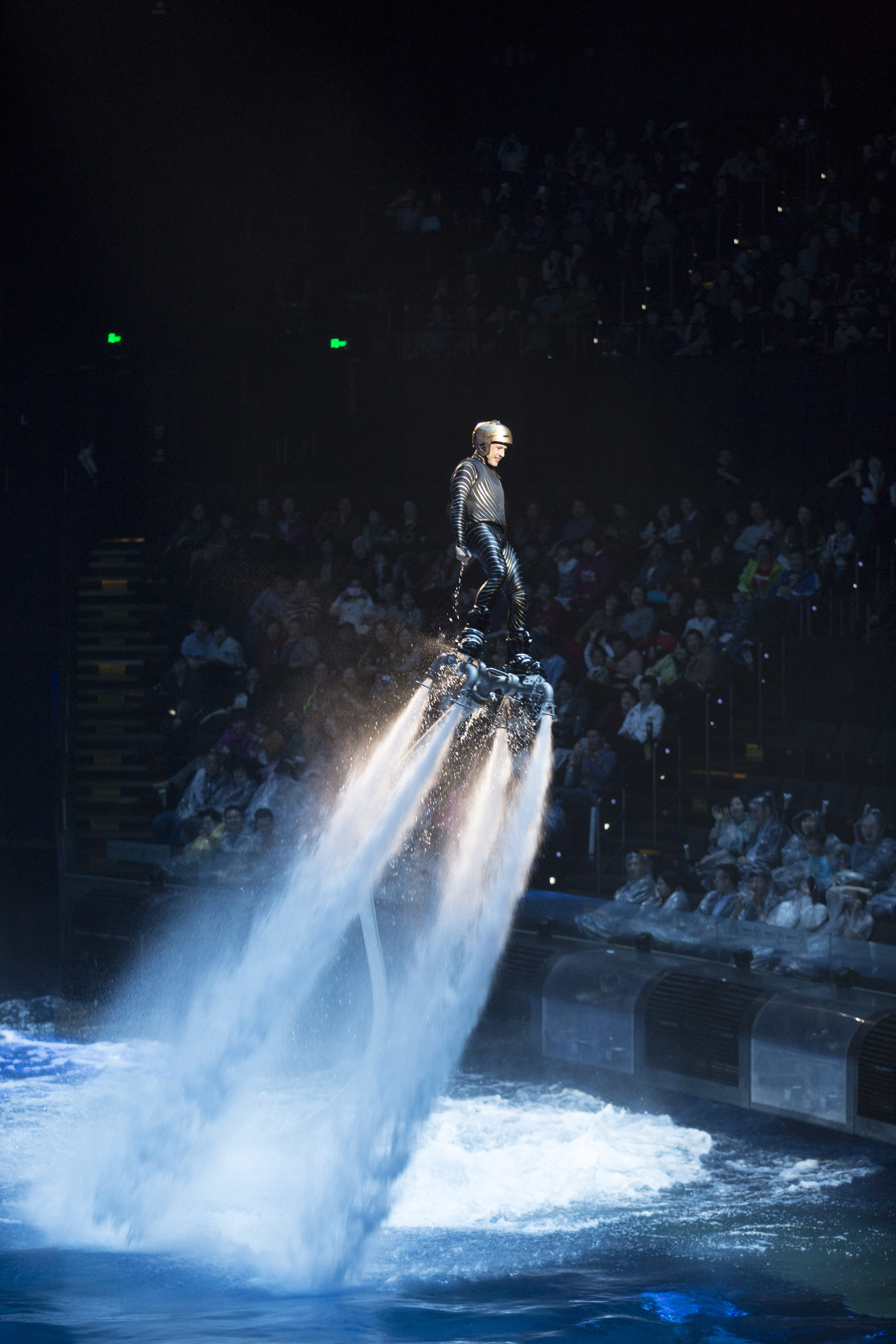 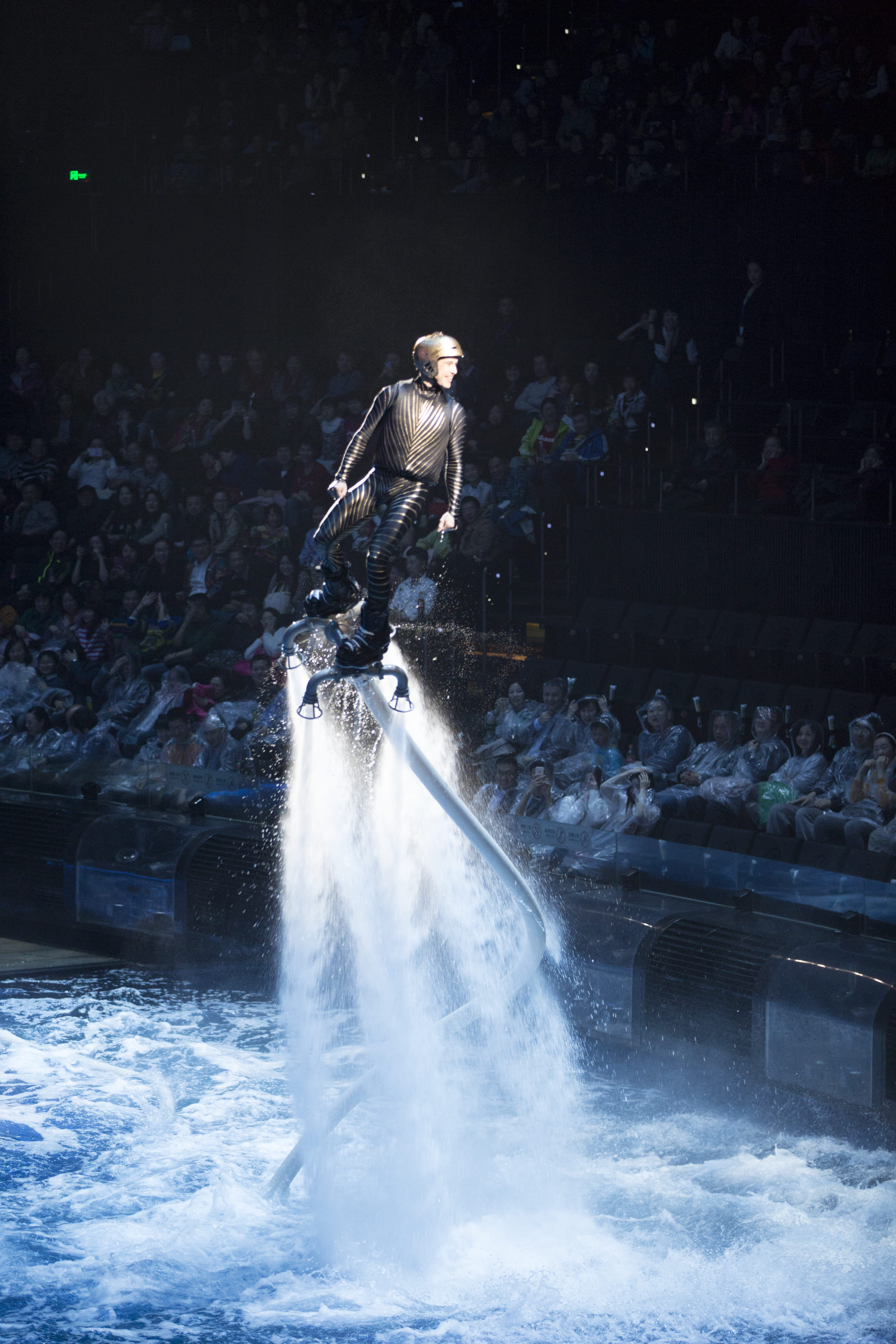 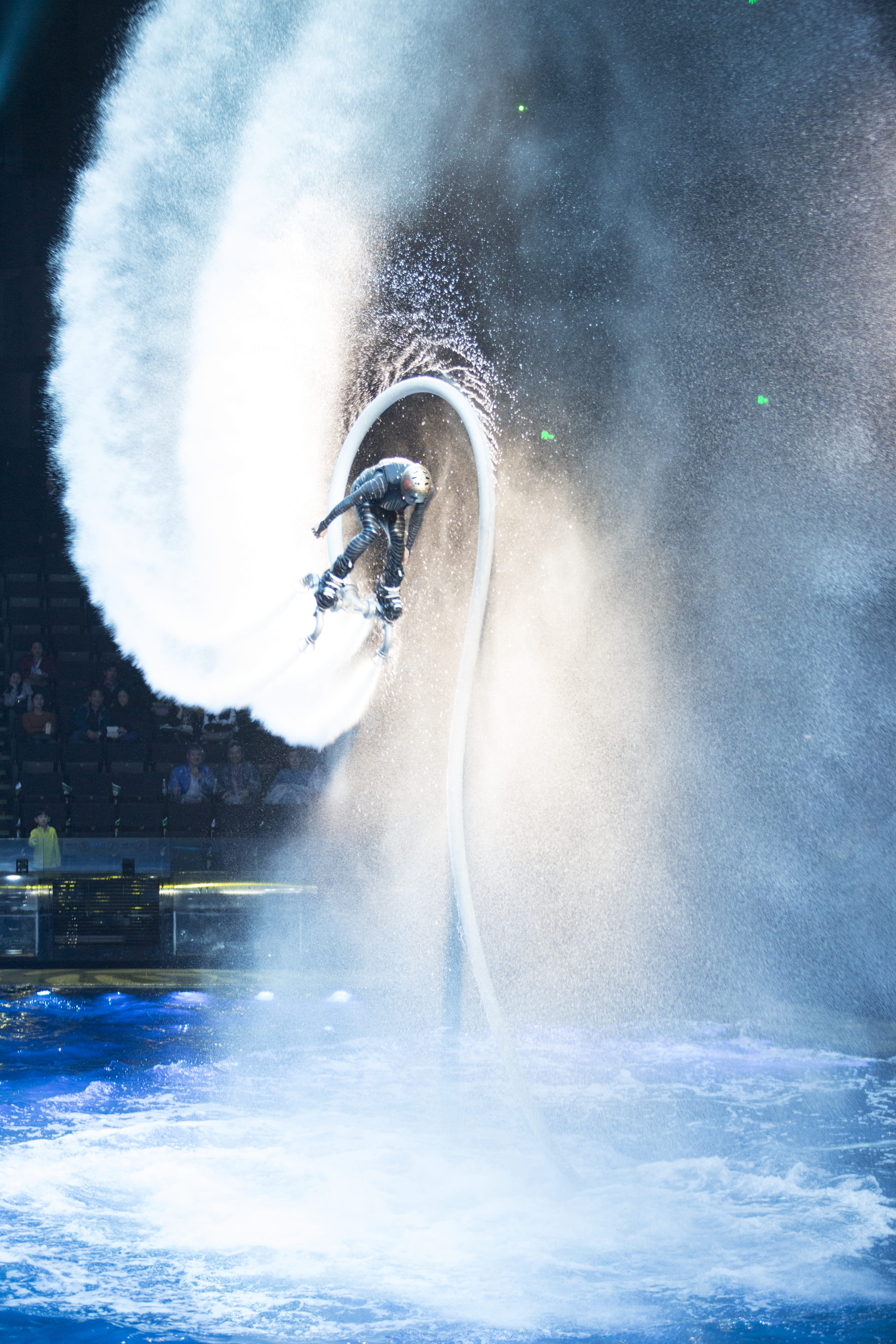 This electrifying show is inspired by the spirit of Han nationality, Chu-Han Dynasty and the city of Wuhan.
Dragone’s “The Han Show” is a celebration of the essence of Han Culture in a theatre that has already become iconic. A fantastic and popular production, Showtime Entertainment Production was responsible for providing turnkey support solutions for all equipment and tech for both the jetski and the Flysurf components of this acrobatic stunt spectacular performance.

In conjunction with this, Showtime Entertainment Production held responsibility for casting, training, choreographic and movement design, training and rehearsals up to and beyond Opening Night. Since Opening, Showtime Entertainment Production has continued to supervise all operations in these areas, working directly with Franco Dragone in maintaining integrity of the show and keeping the talent and technology fresh and operating at full capacity.

The show is housed in a magnificent theatre, Designed by Mark Fisher and inspired by the “Red Lantern” mythologies; this theatre is 60 meters high and 100 meters in diameter, inspiring awe and wonder even before the show begins  each night. During the performances, great screens fly through the space on the largest robot arms ever made; augmented with world-class athletes and an audience of 2000 spectators.

We have worked on Live entertainment production in the Middle East, Asia, Europe & America. With more than 29 amazing years generating unforgettable experiences, we provide live entertainment design, production & operating for water parks, theme parks, festivals, zoos and more.”
Call us! We will be delighted to be your Entertainment Production Team!